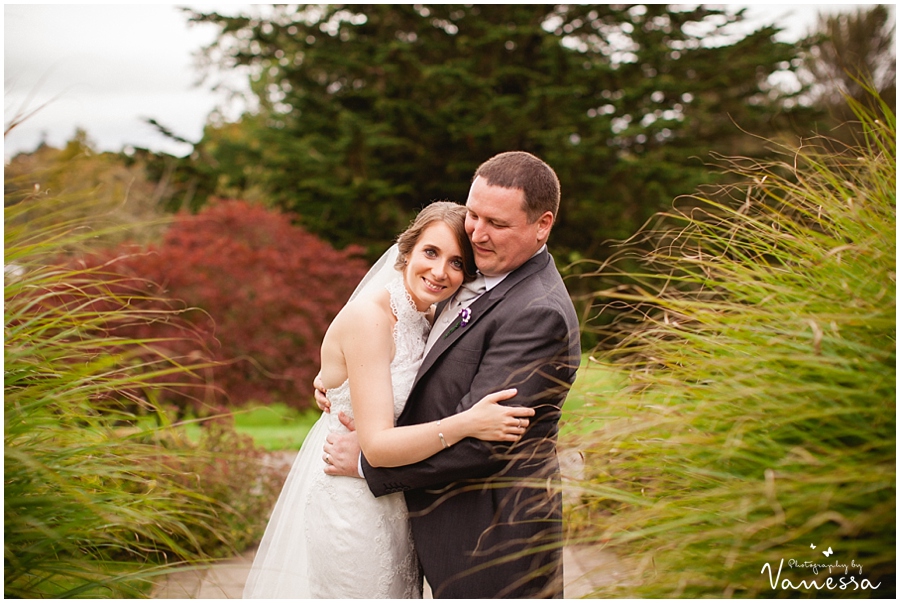 Nicola & John got married a few weeks ago, on a beautiful crisp Autumn day in Co Monaghan.  What a day!  I knew that this wedding was going to be so special, but I don’t think that I was prepared for just how special!  More on that later . . . 😉

The morning preparations in the Nuremore hotel was a giddy affair.  The bridesmaids were jumpy with excitement, and Nicola was floating around the room with the biggest smile fixed upon on her face.  She was totally in control of this getting married business.  That is because she had all the wedding preparations under control.  Nicola had created all of the little details of the wedding day.  Buttons were the theme!  She made the bouquets, the button hotels, the pew ends, the gifts for the bridesmaids, the details in the function room . . . I mean, she created everything!  Talk about superwoman!!

The ceremony took place in John’s home town; Ballybay.  Some couples are nervous on their wedding day but not this couple.  I don’t think I have a single picture of them both where they are not brandishing the biggest, toothiest smiles you have ever seen.  If the oxford dictionary are looking for a photo to place under “happiness” . . . I have about 300 I could send them!  Seriously, the giggles and the laughter were constant throughout the day.  So much so, that they were apologising to me that they weren’t being “serious enough” for their photos.  Are you joking . . . this is what photographing weddings is all about;  Photographing a couple who are being themselves, enjoying their day and so ridiculously happy that they can’t stop laughing!

The celebrations took place back at the Nuremore Hotel in Carrickmacross.  The dancing on this day had to be seen to be believed!  And then there were the speeches . . .  gulp!  I’m an emotional creature.  I can’t help it (believe you me, I have tried!).  The speeches on Nicola and John’s wedding day were so special.  I was eternally grateful that I had a big black box (my camera) that I could hold up in front of my face, that half hid my glassy eyes and my trembling lip.  You see, Nicola’s mum passed away a number of years ago.  Her presence was felt throughout the day, and I know lots of people were thinking of her.  Nicola’s Dad told a beautiful story about Nicola’s mum and a very special encounter with a butterfly.  This story won’t translate well through text, but believe me . . . everybody in that room felt the emotion and love when that story was told.  I felt it!  Nicola came straight up me afterwards and through hugs, half words and blinking of eyes . . . we understood.  My logo is based around butterflies, and it was something that Nicola felt drawn towards.  It’s been 9 months since we lost our little baby Saorlaith and I have also had a really special experience with a butterfly.  I don’t think that it was a coincidence that this wedding was my last wedding for a little while.  I am taking a little break from weddings.  To concentrate on my family and leave a little time where hopefully I am visited again by that beautiful butterfly.  Thanks Nicola and John for inviting me to play a small role in your day.  I know that your day was hugely special for everybody involved.  Even me.

Class ,We are happy for you both !

Beautiful as always Vanessa! We will miss your blogs & could not be happier than we got to be a subject of one of them 🙂 Enjoy your time with your family x x 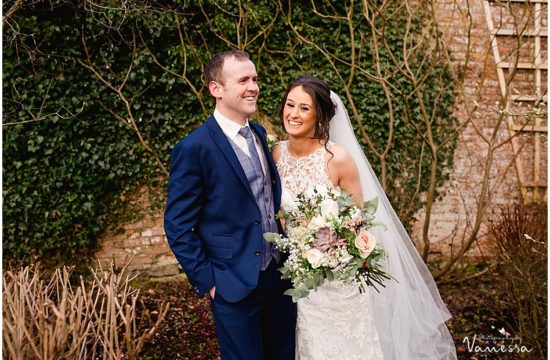 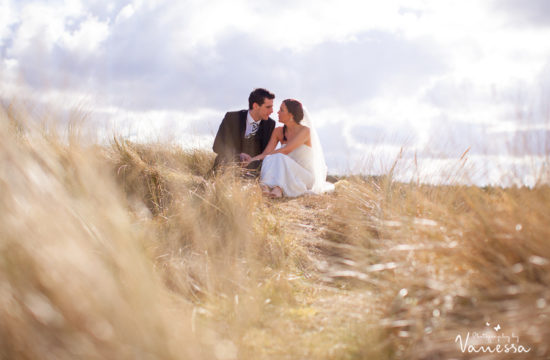 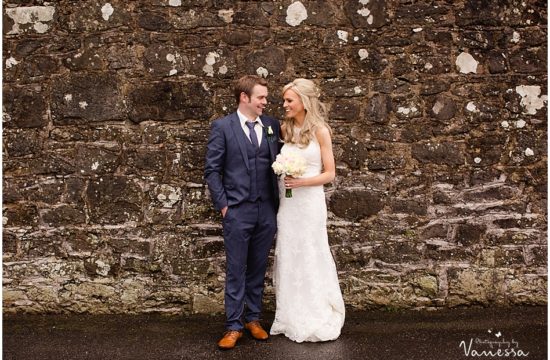 @vanessa_treanor
©%2019% Photography by Vanessa
TO TOP